I had learned about the Isabella Stewart Gardner Museum in high school because there was a book (“The Gardner Heist: The True Story of the World’s Largest Unsolved Art Theft” by Ulrich Boser) on one of my summer reading lists. While I had picked a different book, every once in awhile I would try to remember the name of the museum that had paintings stolen that had never been recovered (more to come on that later). Then three years later I accidentally stumbled in when I found out college students can get in for $5.

Had to stop for Blackbird Doughnuts before I headed over! This time I tried the java berry donut, 10/10 would recommend.

After wandering through some of the Emerald Necklace parks I started heading toward the museum. 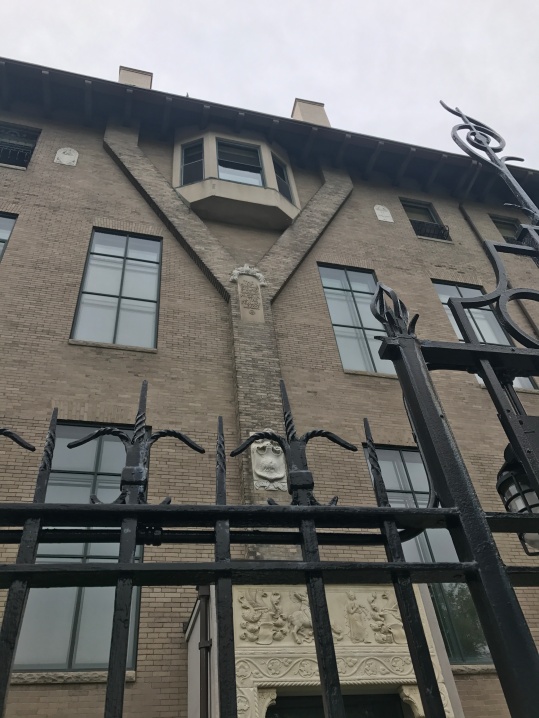 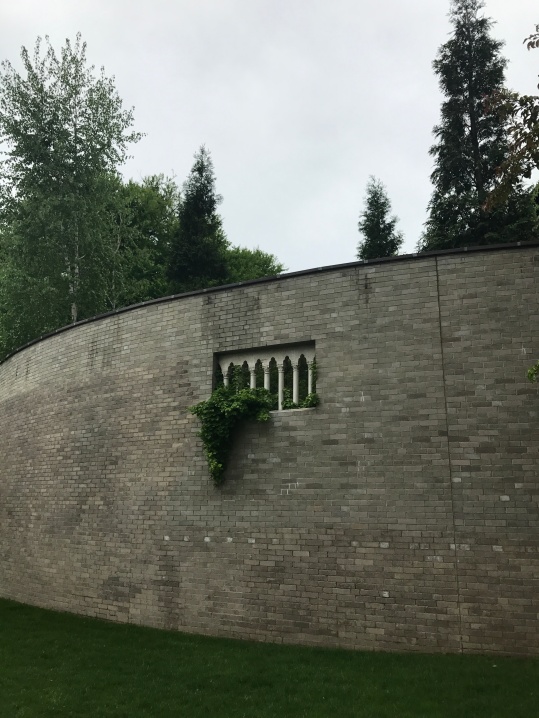 Following the death of her husband, Isabella Stewart Gardner opened a museum to showcase her extensive collection of art. She lived up on the fourth floor of this museum and in my opinion it looks like a regular building, so when I was looking around to figure out where I was supposed to going I completely missed it the first time.

After looking at a collection in the New Wing, I was confronted with the view I had come to see. Gardner’s “Inside Out” Venetian palazzo. I spent plenty of time just taking in that view as well as watching some people restoring a piece of the collection.

Pictured below is a piece of the woman herself. This picture was actually pretty controversial when it first appeared in the museum. 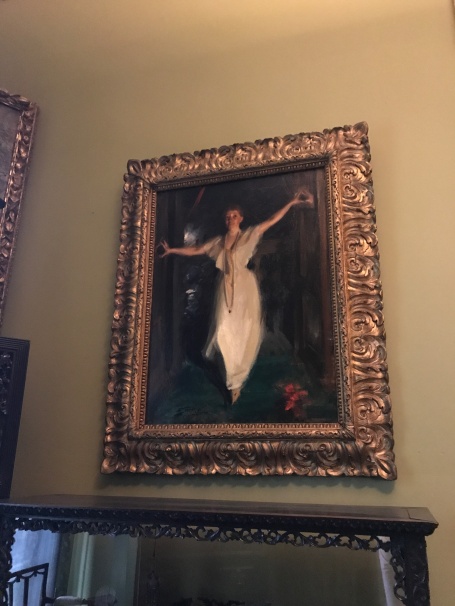 Two of the themes that I was fascinated by, and it appeared that Gardner was also fascinated by were the dancers and the Christian pieces. I forget if this was a Degas painting but there were a few of Degas’s dancers scattered throughout the museum. They also had quite a few religious pieces and the stain glass absolutely mesmerized me.

The science lover in me really appreciated this one… 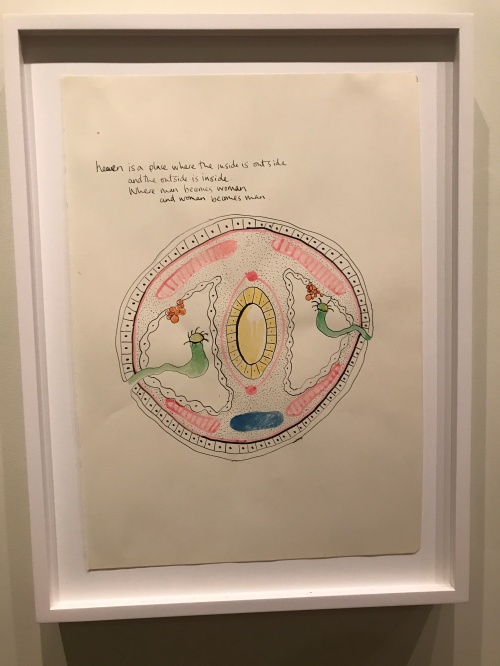 Then, I spent sometime in the garden outside reading. (Go take a look at my review of Summer at Tiffany) 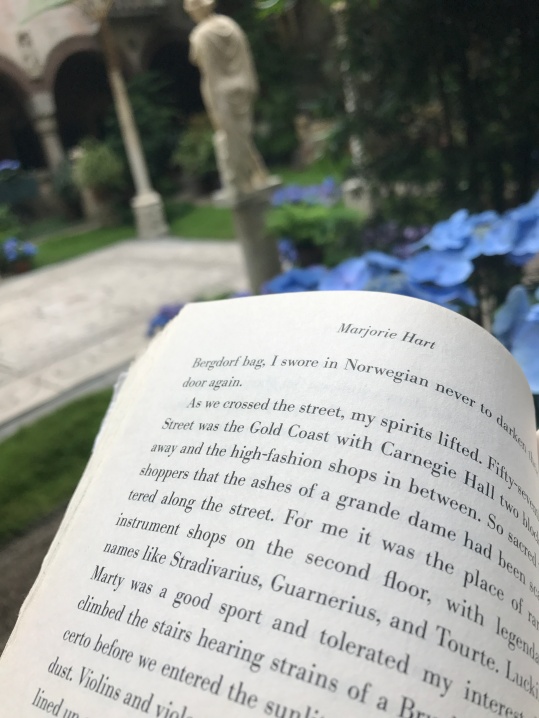 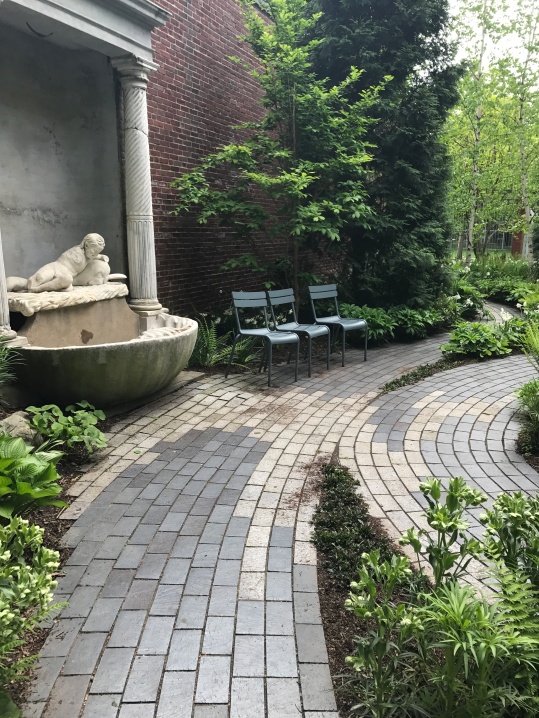 This is one of the thirteen empty frames in the museum. Once a piece entered Gardner’s collection it stayed there. Keeping with her tradition of collecting art, the museum keeps the frames as placeholders.

And just one more picture of the courtyard! 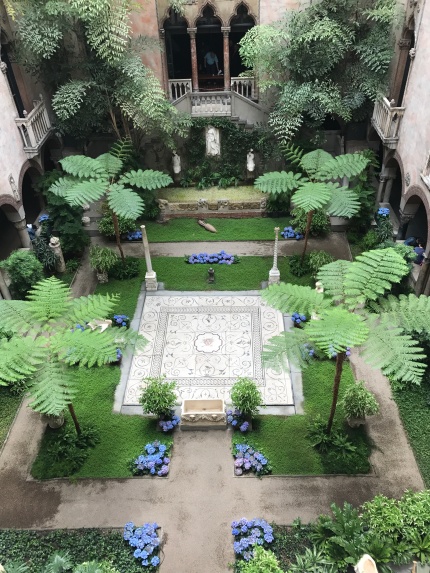 If you are ever in Boston and looking for something to do, I would definitely head here! It’s such a beautiful place and it’s easy to spend hours wandering through the rooms. I want to keep some element of surprise so I didn’t talk about the layout of the museum but it’s very intriguing!

P. S. If you want to check out my Pinterest, you can find it here!

A college senior navigating physical therapy school and staying stylish on a budget. View all posts by sunflowersandseersucker

There was an error retrieving images from Instagram. An attempt will be remade in a few minutes.